I have a long history with Apple. I figured out how to utilize a PC on an Apple IIe, a PowerBook G4 got me through school, and I've possessed each iPhone display up until a year ago. I additionally utilize a MacBook Pro all the time and view it as the best PC at any point made. Obviously, I'm what a few people may allude to as a "fan kid." But, despite the fact that I am a faithful adherent of Steve Jobs, something happened a year ago that did me switch cell phone fidelities.

I was extremely energized for the iPhone 5S to be discharged in light of the fact that I was worn out on being desirous of every one of those individuals with enormous screens. I excessively needed, making it impossible to stream Netflix and snap Instagrams on an option that is greater than a charge card. Where it counts inside, I really trusted that the 5S would be the best cell phone ever and that it would have a definitive screen. At that point, when it was at long last reported, my fantasies were pounded. "This thing looks precisely like the telephone I have now!" I shouted at my PC screen as I capriciously gazed at the keynote introduction.

I quickly started exploring Android telephones and thought about a significant number of them. Following two or three months of extreme research I limited my decision down to two telephones: the Samsung Galaxy S4 and the HTC One. I was resolved to buying both of these until the point when an associate at Newegg educated me of another "Google telephone" called the Nexus 5. In the wake of perusing the specs and finding out about the value, I was sold. This would have been my next telephone.

I tallied during the time until the point that its supposed discharge date (Halloween out of appreciation for KitKat) and was one of the primary individuals to get one on the web. I settled on an eminent, dark 32GB model with a superb 5-inch screen. I would at last have a telephone that equaled more costly models, as well as was in reality better from multiple points of view. I followed my delivery code every day until the point that it at last touched base at my doorstep. I was prepared. 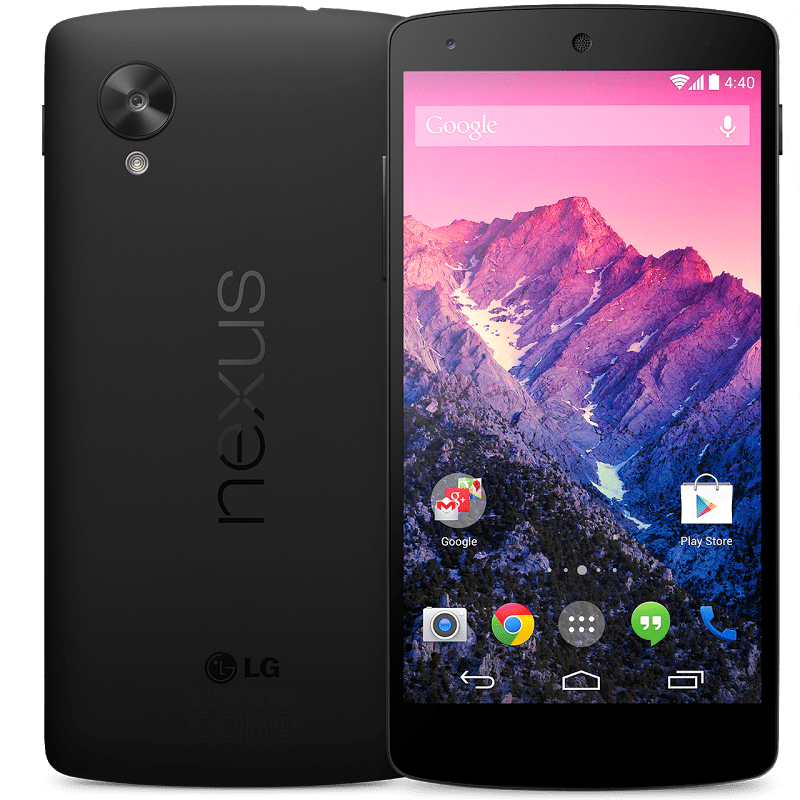 ​I squandered no time in setting the telephone up. I was anxious that Google's cloud administrations wouldn't be as natural as iCloud yet I wasn't right — they're really less demanding to use crosswise over various stages. It took me around 10 minutes to transfer my reports to Google Drive, import my contacts, and set up my schedule and email. I additionally set my photographs to be consequently transferred to Google+ and started the way toward transferring my MP3s to Google Play Music. Before the finish of the primary day, my whole PC world was in Google's cloud. Also, best of all, everything worked impeccably fine on my MacBook.

Thinking back a half year later, my involvement with Android has been greatly improved than it was with an iPhone. The greater screen has a colossal effect in the way I interface with the telephone and basic undertakings like sending an email or instant message are substantially less demanding at this point. I additionally completely acknowledge not being secured to the default applications and appreciate trying out new applications routinely.

Notwithstanding having a general positive involvement with Android, Google, and the Nexus 5, I might change back to iOS soon. Bits of gossip about a greater iPhone being discharged this fall make them froth at the mouth. A 5.5-inch screen could be the "sweet spot" amongst telephones and phablets and I'm restless to give it a shot. Regardless of whether the sticker price will be significantly higher than what I paid for my Nexus 5, the manufacture nature of an iPhone can't be beat. Likewise, with Google being accounted for to drop the Nexus program soon, I have no loyalty to Android. Would it be advisable for me to switch back?